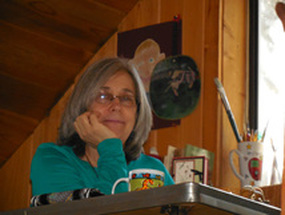 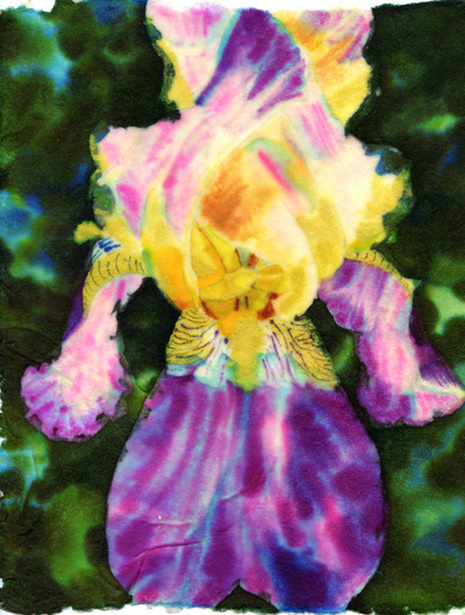 Orla Feay Colvin was born in Los Angeles, California.  She began her art career there selling oil paintings at age 18 and studied art under Charles White at the Los Angeles Art Institute with a summer scholarship. Later she took art classes at the Los Angeles Community College and the College of the Desert in 29 Palms.

She moved to the Pacific Northwest in the early 1970's and studied art and dance at the University of Washington Experimental College in Seattle.  She sold art through shows and galleries in Seattle and Skagit Valley and was a member of a Middle Eastern Dance troupe.  After moving to Eastern Washington in the early 1980's, she studied graphic and fine art at Spokane Falls Community College.

Orla taught art and Middle Eastern Dance classes at the Greenwood Art Center in Chewelah for 10 years. Along with Gina Greenwood she taught homeschoolers and people with special needs, as well as the general public. Classes were offered in Chewelah and on location outside Stevens County. Gina and Orla also had a dance toupe that performed for several years at Chataqua, China Bend Winery and the Northern Music and Dance Festival in Colville.

In 2004 Orla began working with Julie Cliett at Head Start in the Springdale classroom. She retired in 2012 and then worked at the Valley School Early Learning Center part time for two years. Last summer she volunteered at a 3 day summer "Art Camp" at the Valley School and taught an art class for the Valley Fair. She's been the  supervisor for the fine art section of Valley Fair for 2 years and plans to continue doing that.

Orla plays the banjo and has played with a core group of 7 people who call themselves "Loose Gravel" for thirty years. They have played at many venues, mostly benefits. She is also part of a band of women friends called the "Hippie Chicks", who played at Chataqua twice. She has also played as a volunteer at the Valley School Spring Fling.

Orla works in a variety of paint mediums. In recent years, she has focused on two mediums: collage and her unique process of creating handmade paper batiks.  Her Collages are created with papers she has marbleized, combined with watercolors, using a variety of techniques.  The result is a fusion of color and texture.  She begins her batiks by pulling sheets of paper from a vat then allowing them to “cure” before painting on them using water based paints and batik wax. She considers herself a Pacific Northwest artist.  Her creative inspiration comes mainly from nature with additional influences from her other loves dance and music.  She lives with her husband in a log cabin in Northeast Washington.

Orla has shown and sold her work in Northeast Washington and Northern Idaho and had one of her collages accepted into a watercolor show at the Museum of Arts and Culture in Spokane. She is currently part of the Springdale Art and Crafts Co-Op with seven other artists from the Springdale/Valley area. In March, 2017 the co-op will be open on Saturdays, 11:00- 4:00 pm. Orla and artist Lorie Kuhn from Valley are putting together a show of their collages to open at the Springdale Co-op this spring.

February 17, 18 and 19 Orla will be the Featured Artist at the Chewelah Arts Guild Community Art Show. She thanks the Arts Guild for this honor. Orla can be reached at orlart@hotmail.com  .