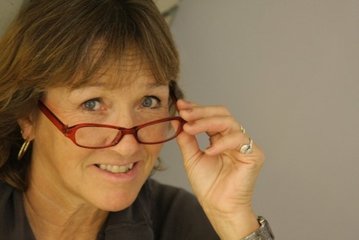 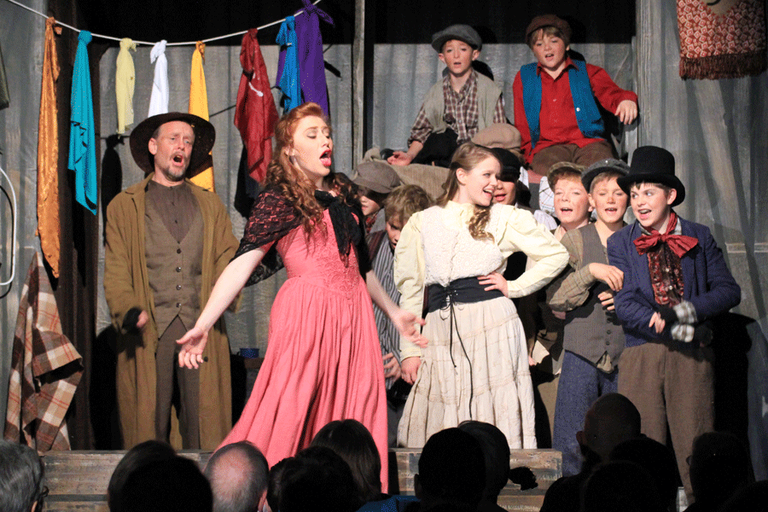 Janet (Egger) McLaughlin grew up in Chewelah, attended St. Mary's Elementary School, Jenkins Junior High and graduated from Jenkins High School in 1970.  She attended Eastern Washington State College in Cheney receiving her degree in Speech Pathology and Audiology with a minor in Drama.

While attending Eastern, Janet was involved in theatre and met and fell in love with Don McLaughlin. Together, Janet and Don experienced the first of their many adventures on the Southeast Asia USO Tour. They married June 2, 1973 and moved to South Carolina where they lived for one year while Don completed his master’s degree. They then returned to Spokane where they worked for Expo '74 in the entertainment department.

The couple became parents to Jessica in 1975 and then three years later to the twins, Leigh and Cory. While they nurtured their babies, Janet and Don both worked in Spokane theatres until 1979 when they moved to Helena, Montana where Don served as the Executive Director of the Grandstreet Theatre. During their time in Helena, Janet created and directed the Grandstreet Theatre School for preschool through 12th grade students.

In 1993 when the opportunity came to move back to Chewelah, Don and Janet “jumped at the chance.” Soon after arriving here, Janet started the StageTime Theatre program for local children, Kindergarten through 12th grade. A few years later she proposed a program for Jenkins Middle School and taught theatre there for a couple periods a day. In 2000 when the Jenkins High School drama teacher, Sherrie Frizzell retired, Janet took over the program, becoming a full time drama and dance teacher for the Chewelah schools.

Today Janet produces 3 shows a year with her StageTime Theatre kids. She allows some of the more accomplished high school theatre students to broaden their experience by directing and working on these productions. Jenkins High School produces two major shows a year at Janet’s direction: a musical and a drama. These shows are very popular in our community and are often sold out. In the springtime, Janet’s dance class performs for local schools and long term care facilities.

StageTime Theatre enrolls 40 to 75 local kids for each production. The middle school and high school programs are always full of students eager to learn from and perform for Janet. All of the students benefit from Janet’s lessons of responsibility to each other and the audience. Her students are expected to perform as professionals. The standard she sets for all of her programs is one of excellence. She’s done all of this without a physical theatre stage and through the years has used the Civic Center and the High School cafeteria. Soon the productions will be showcased in the Chewelah Performing and Cultural Arts Center that Don and Janet envisioned and brought into being along with a dedicated group of community volunteers.
Janet believes in what theatre can do for character development in students. She has served on state committees that developed essential learning standards for performing arts in Washington. While working on those committees she also helped develop the Classroom Based Assessments that all drama programs in Washington are expected to use.

Janet says, “I have the best job in the world.  I get to dance, sing, direct plays, accompany musicals, etc. I have students who design and build scenery, design programs and marquees, produce costumes, direct children's plays, design, hang and focus lighting, find props, choreograph dances, etc. We are a busy department.  Often the rehearsal and technical time is as exciting as the actual production.”

We are blessed to have Janet in our community. Not many children grow up here without being influenced one way or another by the theatre programs that Janet has developed, taught and directed. She has helped them grow and become confident, capable, young people. Chewelah is a better place, and our students are better people, because Janet is here.

Thank you, Janet, for giving so much to this community.

(Sadly, Don passed away October 17, 2016, a huge lose for his family, friends and a large cast of fellow performers and theatre students. Janet will retire at the end of the 2016/2017 school year and looks forward to spending more time with her children and their families. She also plans on continuing to run and direct StageTime Theatre productions and will have more time to help establish the Chewelah Performing and Cultural Arts Center.)