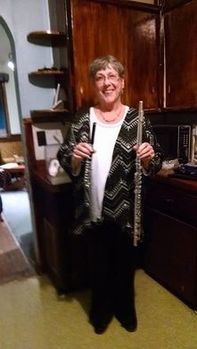 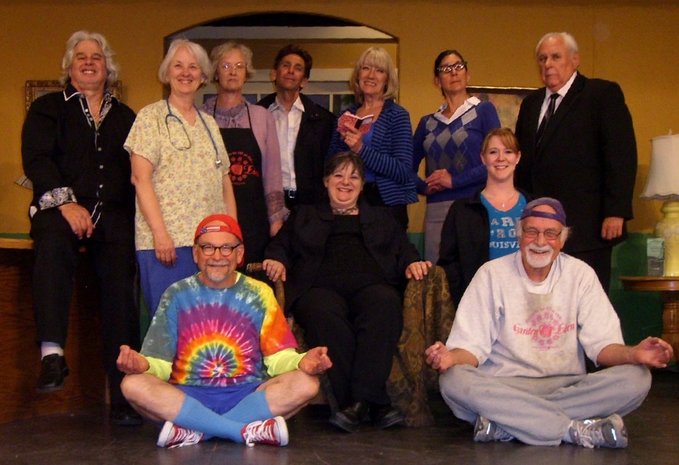 Thank you, Art's Guild, for the honor of being your "Artist of the Month". I feel especially privileged because I have always felt I was an example of the "average" artist.

I started taking flute lessons when in middle school. My first teacher was Richard Hahn (a WSU student at the time), who later became the flute professor at UI. Through high school, I was good at a lot of things, but not great in anything. There was another flutist who was so talented: no lessons, little practicing, and music poured out of him. I worked and worked and sat 2nd chair to him throughout high school.

In college I was fortunate to have Frances Risdon (1st flutist of the Spokane Symphony at the time) as my teacher and in my later years at WSU, my Dad, Randall (Spice) Spicer. Living in Pullman, a college town, gave me access to truly talented people that stimulated me and never let me quit! So what that I wasn't first, I had experiences of talent that awed me as a child and kept me loving the arts my whole life long.

That was my beginning. My middle years were spent here, in Chewelah as "back to the lander's". We were part of a community of young adults (locally called "long hairs", "Hippies", etc). Mitch built our house and barn and I raised kids, baked bread, and raised goats.

I thought life was busy until PD Voelker and Sylvia Brock took us to a Woodlands concert. They were playing one of my very favorites: the New World Symphony by Antony Dvorak, and Frances Risdon had been brought up as a ringer to play the flute parts! I hadn't touched my flute in almost 20 years, but this got all my juices running.

The following year I was playing in the Woodland's orchestra. The next year I was also singing in the choir. The following year I had a small part in the musical (one line), next I was given a lead, and finally, I directed. I wasn't good enough to play or act professionally, but community arts gave a spot in which to shine. It took the arts to show me my own value and soon I discovered community arts is the perfect place for all of us "2nd" chairs!